Online Ordering- A Blessing in disguise? 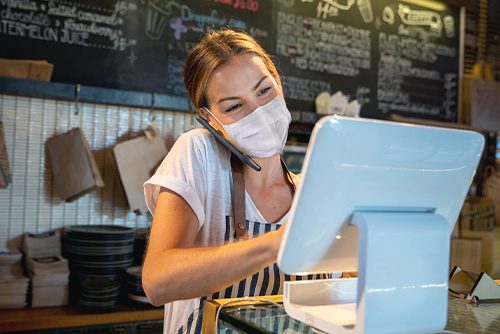 There is no doubt in the fact that the global pandemic shut down most of the industries, all across the globe, however there were a few industries which were hit the worst. We are talking about the Food and Beverage industry, which is still struggling to revive amidst the ongoing pandemic. According to a report by CNBC, the government declared that 5.5 million chefs, waiters and cashiers have lost their jobs in the United States, by April.

Online ordering, on one hand, emerged as a blessing in disguise in this adversity as it was one of the only sources of revenue for restaurants, but, on the other hand, doing business online came with many challenges. One major challenge was the huge commissions that food aggregators charged for each order placed through them. The restaurants, which were merely managing to make enough to keep their restaurant running, were having to cut a part of their earnings to pay the delivery aggregators.

Along with paying commissions came many small hurdles, like delay in placing orders, and human errors like the switching one’s order with the other. Even though these errors were from the side of the delivery aggregators, the restaurants paid the ultimate price for it by loss of goodwill and consumer loyalty. Since the online ordering market was monopolized by the very limited delivery aggregators, restaurants had no choice but to bear huge commissions until TechRyde came with a permanent solution to all these problems.

TechRyde was founded with the idea that there had to be a better, simpler way to digitize the restaurants to drive the technology. AnyPOSConnector, powered by TechRyde seamlessly connects with all aggregators including all payment aggregators such as Apple Pay, Google Pay, Paypal and Square. Food delivery applications such as Uber Eats, Deliveroo and others can also be easily connected with AnyPOSConnector APIs.

TechRyde online order solutions come with many features which simplify your operations like never before: